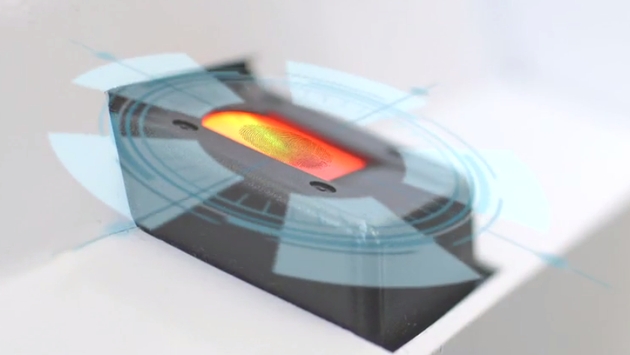 Alaska Airlines has been on the cutting age of technology in the past, and the company is doing it again by testing a revolutionary process that could theoretically speed up airport experiences.
According to a report from Sophie Mattson of MercuryNews.com, Alaska Airlines is testing a machine at the Mineta San Jose International Airport that will scan the eyes and fingerprints of customers when checking their bags, passing through security and even boarding the plane.

Instead of handing airport employees a boarding pass or identification card, the estimated 200 Alaska Airlines frequent flyers chosen for the test program will simply have their eyes and fingers scanned to quickly move them through the security and boarding processes.

The program combines the airline’s fingerprint entry technology — already in place in four executive lounges — with the CLEAR biometrics scanning hardware that is already in place in 12 airports across the country. After undergoing a thorough screening beforehand, passengers are cleared to use the scan system for $179 a year to expedite their way through security.

While this may be the first boarding-based program like this in the United States, the technology, called biometrics, is on the rise and the hope is that the process of scanning eyes and fingertips could be the future of the industry.

Add in the fact that San Jose Airport is in the heart of Silicon Valley, and the technology testing process taking place there should be no surprise.

Before the most recent changes, CLEAR members were forced to show identifications at security checkpoints in San Jose, but now can use the eye and fingerprints scans instead. Most users of the service still must use boarding passes, but those selected in the Alaska Airlines pilot program can now simply just swipe their fingerprints on a tablet and gain access to the plane.

There are still bugs to be worked out with the system, including people who have the ability to use fingerprint tricks to get around the security systems. While officials admit there are still flaws that must be improved, this is another step forward in the rise of technology meant to speed up the time spent in airports.