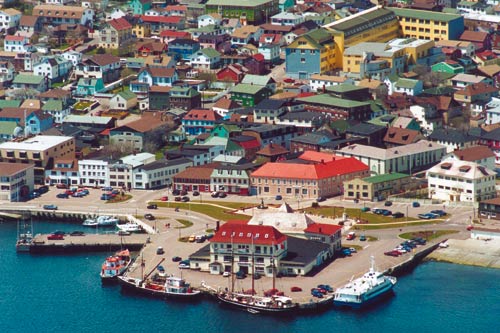 It’s undeveloped, it’s off the tourist map, it’s French, and you’ve never heard of it. Well, “them.”
When I say “France,” you may turn your eyes east to Europe, or if you are a whiz at geography, south to the Caribbean. Few of you would ever think to set your eyes north, and even if you did, you would need some serious 20/20 vision to pick out a pair of teeny-weeny, itsy-bitsy polka-dots off the southern coast of Newfoundland, St. Pierre & Miquelon.
As it turns out, when the French lost New France (today the Canadian province of Quebec) to the Brits in 1763, St. Pierre and Miquelon remained les Français. Today, they are as French as Paris, and as undiscovered locales go, this is one of the few places in North America that even comes close.
Now, keep in mind that we talking about a maritime getaway, a fancy way of saying it is cool and wet, even in high summer (to say nothing of winter). But as “getaways” go, you can hardly do better. Simply put, you don’t go to St. Pierre & Miquelon for a hard-partying vacation — this ain’t Vegas. Instead, this archipelago is tailor-made for people looking for an idyllic vacation spot where the entire population of Miami-Dade won’t follow you.
As the name suggests, there are two islands to the territory. Of the two, St. Pierre is the smaller, but also the most populated, being site of the capital, Saint-Pierre. Really just a large fishing village, it’s a quaint little place and the accommodations will be equally demure. Nuits Saint-Pierre is the best hotel in town, and is pure French countryside charm on the shores of the Atlantic.
So as you can guess, here is where you’ll find some of the best seafood in France — which is saying something. Add to that the Basques, who heavily peopled the island back in the day and whose influence lives on in Zazpiak Bat, a type of Basque ball game that looks something in the family of jai alai. Other Butch Basque games, like throwing boulders, dot the calendar. Strong guys, those Basques…
And there is the nature of the islands themselves: the islands are right on a whale run as they migrate to Greenland for the summer. Langlade, the northern lobe ofMiquelon, is all wildlife and wild coastline, perfect for a couple of rugged “Where Is That?” Instagram posts. It’s all very primordial.
And then you are back in town for the best lobster the French can whip up. What’s not to like?
For more information, go to st-pierre-et-miquelon.com/en/.  Steele Luxury Travel is your source for all of your travel needs to Quebec, France and beyond.  Visit us at http://www.SteeleTravel.com!