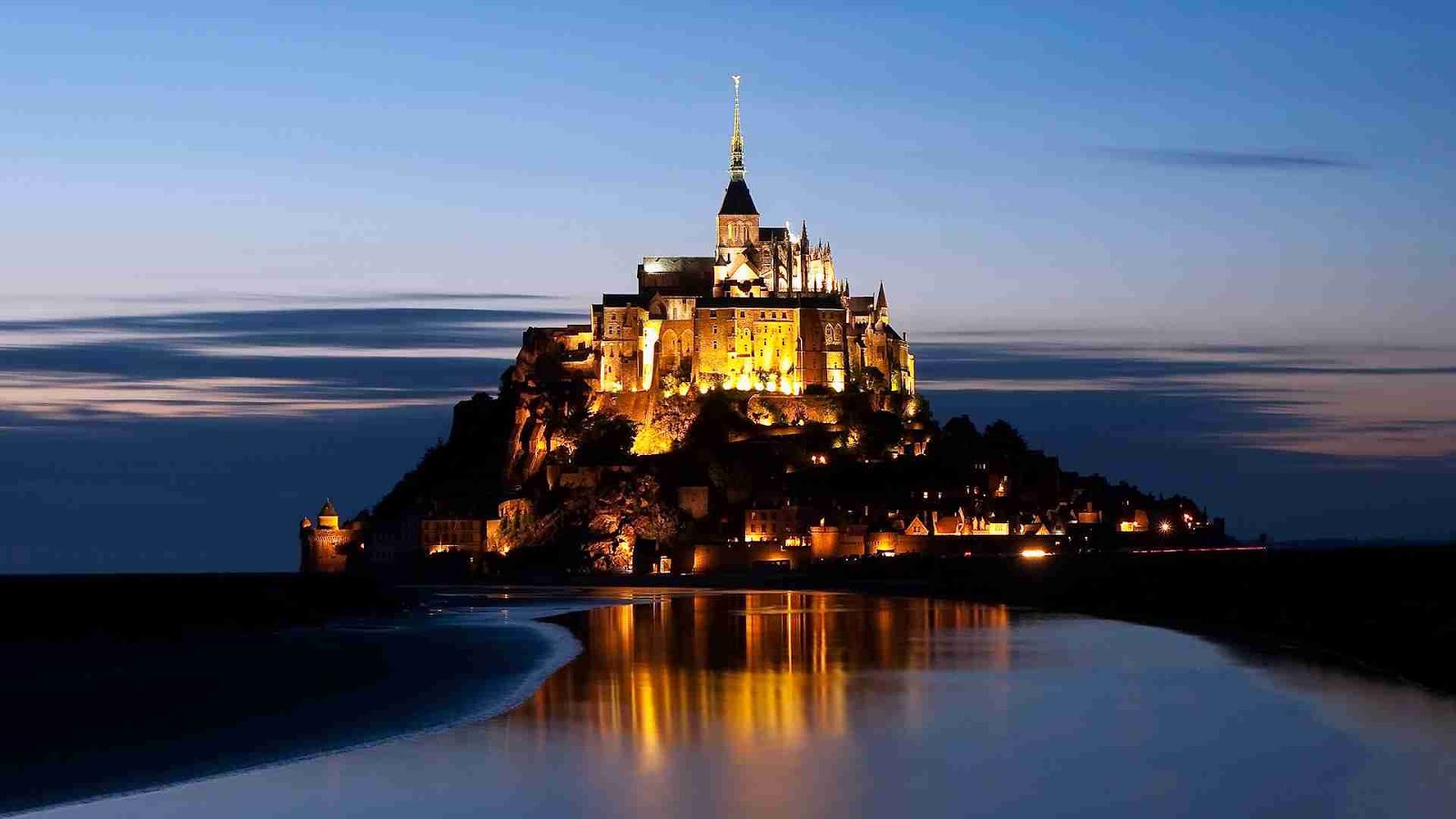 <!– /* Font Definitions */ @font-face {font-family:ArialMT; panose-1:0 0 0 0 0 0 0 0 0 0; mso-font-alt:Arial; mso-font-charset:77; mso-generic-font-family:swiss; mso-font-format:other; mso-font-pitch:auto; mso-font-signature:3 0 0 0 1 0;} /* Style Definitions */ p.MsoNormal, li.MsoNormal, div.MsoNormal {mso-style-unhide:no; mso-style-qformat:yes; mso-style-parent:""; margin:0in; margin-bottom:.0001pt; mso-pagination:widow-orphan; font-size:12.0pt; font-family:"Times New Roman"; mso-fareast-font-family:"Times New Roman";} .MsoChpDefault {mso-style-type:export-only; mso-default-props:yes; font-size:10.0pt; mso-ansi-font-size:10.0pt; mso-bidi-font-size:10.0pt;} @page WordSection1 {size:8.5in 11.0in; margin:1.0in 1.25in 1.0in 1.25in; mso-header-margin:.5in; mso-footer-margin:.5in; mso-paper-source:0;} div.WordSection1 {page:WordSection1;} –It’s not the biggest tourist draw, but it is instantly recognizable: a tiny tidal island off the coast of France, almost entirely turned into a church-fortress-village   — Mont Saint-Michel. But did you know there are two? Read on, readers, because why have one when you can have two for twice the price?
Mont Saint-Michel – France
When the tide comes in, it almost appears to be floating. Mont Saint-Michel rises off the Normandy coast, and was once attached to land before a few good tides washed the beaches away.
A historic Benedictine monastery that was often the center of the action in these parts, the island today is a country village with a population of just 44. Building began around 709 AD at the behest, legend says, of Archangel Michael, who burned a hole in the local landlord’s head to get the man going; by 15th Century, Mont Saint-Michel looked a lot like it does today. And it is still a religious community; clergy from Les Fraternités Monastiques de Jerusalem have been a presence since 2001.
Open all year, the best times to go are during the incoming high tides. During the ebb, the island sits on, unpoetically, exposed mud flats. But when the tide comes in, the panorama is awesome. But watch out! During a super-tide, when a full moon corresponds with a high tide, the water rises so much you might get stranded.
St. Michael’s Mount – United Kingdom
Off the Cornish coast is one of the earliest examples of a knock-off. There’s no parallel-universe mystery to St. Michael’s Mount: In the 11th Century, King Edward the Confessor of England gave the tiny islet to the monks at the already-established Mont Saint-Michel across the English Channel. From there, the monks made a replica of their “HQ” in Normandy, going so far as to giving the new community the same name as the old one.
Not as built-up as Mont Saint-Michel, St. Michael’s Mount is now an estate, and has a real Arthurian “magical island” vibe. A causeway, exposed at low tide, is the usual route to and fro — very eerie. Topped with a grand castle built in the 1800s and studded with monastic sites going back to Anglo-Saxon times, myths and legends seep out of every stone, including one that if touched will fiddle with fate and unite you with your true love. There is even a tale that the island is the home of the giant from “Jack and the Beanstalk,” and so finding the Giant’s Heart is a must.
Interested? For the French one, go to ot-montsaintmichel.com/en/accueil.htm. For the English one, go to stmichaelsmount.co.uk.  Be sure to contact Steele Luxury Travel for more information or to book your next trip to the UK orFrance and beyond! www.SteeleTravel.com