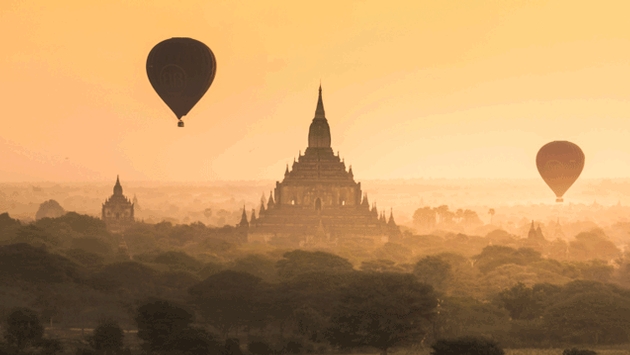 The world is closely watching the historic elections in Myanmar. These are the first fully-contested elections in the country in more than two decades. Parties associated with the military will retain some seats in parliament, but if the country’s main opposition party, the National League for Democracy (NLD), can get a two-thirds majority, it will have control of the government.

Even those who have never paid much attention to Myanmar’s politics are familiar with the NLD’s chairperson, Aung San Suu Kyi. She is a famous democracy advocate and Nobel Peace Prize winner who spent years under house arrest while a military junta ruled Myanmar. Many people consider her a political activist on par with the likes of Nelson Mandela.

Already growing before the elections

While the media has been focused on the voting, calling this a landmark moment for Myanmar, things have already been changing in the former pariah state. Whether or not the NLD takes control this time around, the country’s tourism industry is set to grow exponentially.

The first years of civilian rule were not entirely smooth, but it was clear that formerly off-limits Myanmar was gradually opening up to the world after more than two decades of isolation. Tourism started to take off quickly. In 2010, about 790,000 international travelers visited Myanmar. Nearly 300,000 of these people came through Yangon International Airport (they were considered overseas visitors as opposed to cross-border travelers).

By 2013, the number of tourists had more than doubled, with more than two million people coming to Myanmar. The industry is undoubtedly growing. This first wave of visitors is made up of tourists who want to see Yangon and the temple complex of Bagan before the masses arrive and business travelers scoping out possible investment opportunities.

Plans for major growth in the coming years

If Myanmar’s Ministry of Hotels and Tourism has its way, travelers will arrive in much larger numbers sooner rather than later. The ministry’s goal is to have more than 7.5 million visitors by 2020. If the tourism industry keeps on its current pace of growth, that number seems well within reach, especially if calls to improve the infrastructure are met.

Growth no matter who wins the elections

Aung San Suu Kyi has spoken out against tourism in the past, mainly because the income from the travel industry could have been used to prop up the military junta when it was in power. More recently, the NLD has released statements that are more supportive of tourism. They also mention the need to grow it to levels enjoyed by other countries in the region. At the same time, the party raises concerns about the preservation of culture and environment in Myanmar. The language is perhaps not as pro-tourist as some people would expect.

The NLD’s statements might make some think that Myanmar may not be willing to enjoy the kind of unbridled tourism growth that has been experienced in Vietnam, Cambodia and other parts of the region. At the same time, parts of Myanmar are still off limits to tourists because of ongoing conflicts. If an NLD-led government can put an end to the fighting, perhaps more of the country will be open to travelers, eventually.

One thing is certain, Myanmar has had a small taste of tourism success, and it will continue to grow no matter who is ultimately in control. It would take a return to the era of violent street protests to slow the flow of tourists. While that is not entirely impossible, it seems that Myanmar is on the way to the tourism mainstream in the next decade or so.
Steele Luxury Travel
www.SteeleTravel.com